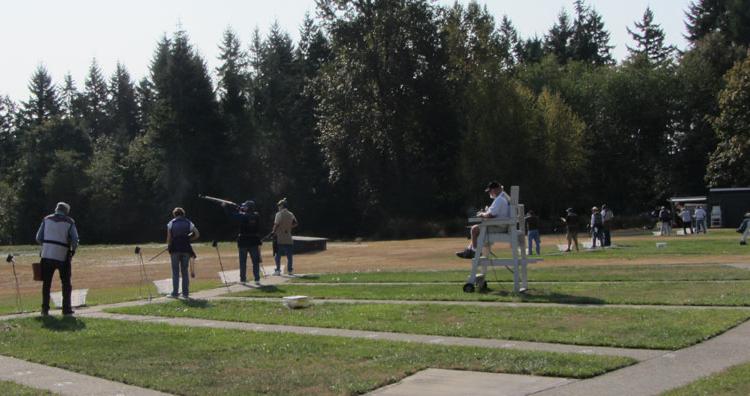 Each shooter is required to observe and comply with all range safety rules. If in doubt ask the range officer.

As a firearms owner/use you are responsible for your actions.

1.    Always keep your gun pointed in a safe direction.

2.    Always keep your finger off the trigger until ready to shoot.

3.    Keep your shotgun unloaded with the action open until you are on a firing position and the trap house is clear.

4.    Keep your gun pointed downrange at all times.

5.    Never move from a station with a loaded gun.

6.    Wear eye and ear protection while on the trap field.

8.    Load only one shell for singles. Load only two shells for doubles or continental.

9.    All duds and missfired shells must be removed from club grounds by the owner. Do not leave them on the ground or put them in the trash.

10.    Always check the barrel with a ram-rod after any abnormal discharge.

11.    Pick up only your empties and only after your squad’s shooting is completed.

13.    Only individuals that are shooting are permitted on the trap field unless they have the permission of the range officer before the round begins. 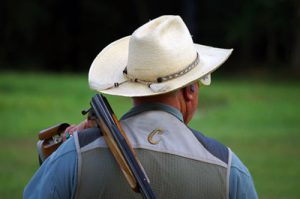 14.    Only authorized personnel are permitted forward of the 16 yard line.

15.    No one under the age of 18 is allowed to shoot on the trap fields without the supervision of a parent, guardian, or designated adult. The range officer cannot be that designee.

16.    No one shall discharge a firearm that they are not knowledgeable about or capable of operating. This does not preclude assistance while tutoring. The range officer has full discretion in such matters.

17.    Individuals that have never shot trap before will be required to shoot their first round on a squad with other experienced shooters or under the supervision of an experienced individual authorized by the range officer.

18.    No one under the age of 21 is allowed to carry a handgun whether concealed or not, loaded or unloaded anywhere on club grounds. Anyone else carrying a handgun must keep it holstered unless assisted by a range officer.

19.    Never use alcohol or drugs while or before shooting. No one may operate a firearm if they have consumed any alcohol.